Stephen Fry – why reading is so good

Stephen Fry is in New Zealand.  He has been spotted bungee jumping in Queenstown and queuing outside a shop in Wellington for the latest iPad 3.

In fact he is in the country as part of the cast of The Hobbit Part One: An unexpected journey, in which he will be playing the part of The Master of Lake-town 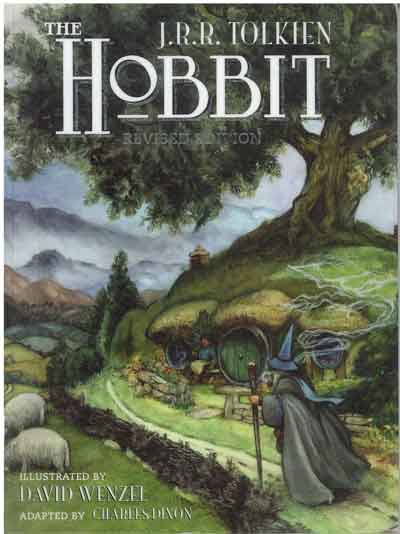 If you haven’t yet read The Hobbit or There and Back by J.R.R. Tolkien, and you like to read the book before you see the film, then you have until the 14th December 2012 to get a copy out of the library and get yourself acquainted with the original version. We also have a revised illustrated version of The Hobbit adapted by Charles Dixon and illustrated by David Wenzel.

Stephen Fry is a famous tweeter with a very high following; 4,065,801 followers as I write. At his twitter account he describes himself as British Actor, Writer, Lord of Dance, Prince of Swimwear & Blogger.

He recently tweeted Tweet in haste, repent at leisure…

“My premature entweetulation problem will be the death of me, but most of us are like that so I don’t feel too bad about it. I am fully aware of the delicious pleasure it must give people when I offer them a chance to present a perceived smart-arse like myself a damned good verbal spanking for every accidental “it’s” instead of “its”, “your” instead of “you’re” and so on.”

Although he lists Writer in second place to Actor, writing is a very important part of his life. It was a surprise to me to learn that he is also a poet and has written a book “full of enjoyable exercises, witty insights and simple step-by-step advice” on the subject of poetry entitled The Ode less Travelled: unlocking the poet within.  He believes “that if you can speak and read English you can write poetry. But it is no fun, if you don’t know where to start or have been led to believe that anything goes”.

In a recent interview with Sarah Daniel published in The New Zealand Herald on Thursday, March 22, 2012 page A24 he was asked what piece of advice he would give to himself, aged 10. His reply was “You’re not alone. Everything you feel is fine. Only feel guilty about things you have done that are mean and cheap and unkind. Don’t feel guilty about what you feel, no matter what the world might think.

Everyone is scared inside, not just you. That’s why reading is so good. Keep doing it. Writers are people brave enough to make you feel better about being human because they’re not afraid to reveal their own frailties, weaknesses, desires, failures, and appetites.”