A horse! A horse! My kingdom for a horse! 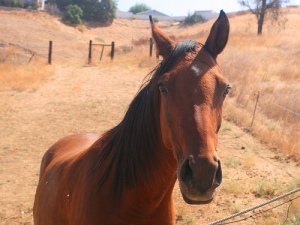 Welcome back to school! The New Year is well underway and here we are already in February, where did January go? In the Chinese Astrological Calendar this is the beginning of the Year of the Horse. In total there are twelve animals and everyone is allocated an animal according to the year of their birth. If you were born in:

The twelve animals that make up the Chinese zodiac are also connected to five elements – wood, metal, fire, water and earth, and so to be precise, 2014 is the year of the wood horse. In Chinese mythology we are told this signifies ” fast victories, unexpected adventure ….energy is high and production is rewarded”. Hang on tight, it sounds as if we are in for an exciting ride in 2014!

As this is the Year of the Horse I thought I would put together a little quiz on books which feature horses. As I have discovered there are a remarkable number of books, plays and songs with horses.  “I’ve been through the desert on a horse with no name , It felt good to be out of the rain”. This is just one song that comes to mind (now 42-years old) which was a hit for the band America.

How many of the following questions do you know? If you want to know the answers, then follow the links.

1. What are the names of the horses that belong to Davy and Todd in the Chaos Walking Trilogy by Patrick Ness? The first book in this wonderful series is The Knife if Never Letting Go.

2. What is the title name of the famous horse that features in the book by Anna Sewell?

3. What is the name of Percy Jackson’s horse? The Percy Jackson books are written by Rick Riordan and if you want to know more about them then visit the official website here.

4. There are three horses in Animal Farm by George Orwell. Clover is the motherly horse, and Mollie is the vain horse that is more concerned about ribbons than revolution. Who is the strong horse whose motto is “I will work harder” and yet ends up being sent away to the glue factory?

5. In The Horse and His Boy by C. S. Lewis there is a talking warhorse from Narnia who was captured by the Calormenes as a foal. What is his name?

6. In Christopher Paolini’s first book in the Inheritance Cycle called Eragon, fifteen-year-old Eragon names his first horse after his grandfather. What does he call him?

7. War Horse by Michael Morpurgo is about a horse purchased by the army for use during World War 1. It is the story of how the horse changes owners throughout the war as Albert, his first owner, tries to bring him safely home. What is the name of this horse?

8. The Horse Whisperer by Nicholas Evans is a novel that has also been made into a film. It is about a horse that becomes traumatized and uncontrollable following an accident and how his owner asks a “horse whisperer” (someone who has spent his life curing horses) to help. What is the name of this horse?

9. Gandalf the White in Lord of the Rings by John Ronald Reuel Tolkein rides a horse that can understand human speech and run faster than the wind, can you remember his name?

10. And lastly, if you didn’t manage to remember any of these horses I’ll give you a bonus point if you can name Woody’s horse in Toy Story (not really a book) but a good story.

How did you do? By the way, “A horse! A horse! My kingdom for a horse!” is a quotation from Richard III by William Shakespeare (Act 5. Scene IV). You can find all the books mentioned in the quiz in the library. Happy horse reading!